Reptilian Robots are Spies in the Wild

EPFL scientists designed, built and remote-controlled the robotic structures of a crocodile and a lizard for a field experiment, in the depths of Africa, in collaboration with the BBC. The robots are featured in today’s episode of “Spy in the Wild”.

What happens when you combine EPFL’s first-class robotic engineering with the BBC’s first-class special effects? You get reptilian robots that look and move (almost) like the real thing, and as a bonus, a scientific tool for studying biology and for improving search and rescue robotics.

BBC producers approached Auke Ijspeert of EPFL’s Biorob lab after seeing movies of the robotic salamander, the Pleurobot, and asked them to build an adult crocodile and a monitor lizard for their show « Spy in the Wild ». Equipped with cameras instead of eyes, these robots are the Peeping Toms of the wilderness, observing and filming the behavior of real-life creatures in their natural habitat. Watch the robotic reptiles in the wild, airing tonight at 8PM UK Time on the BBC. 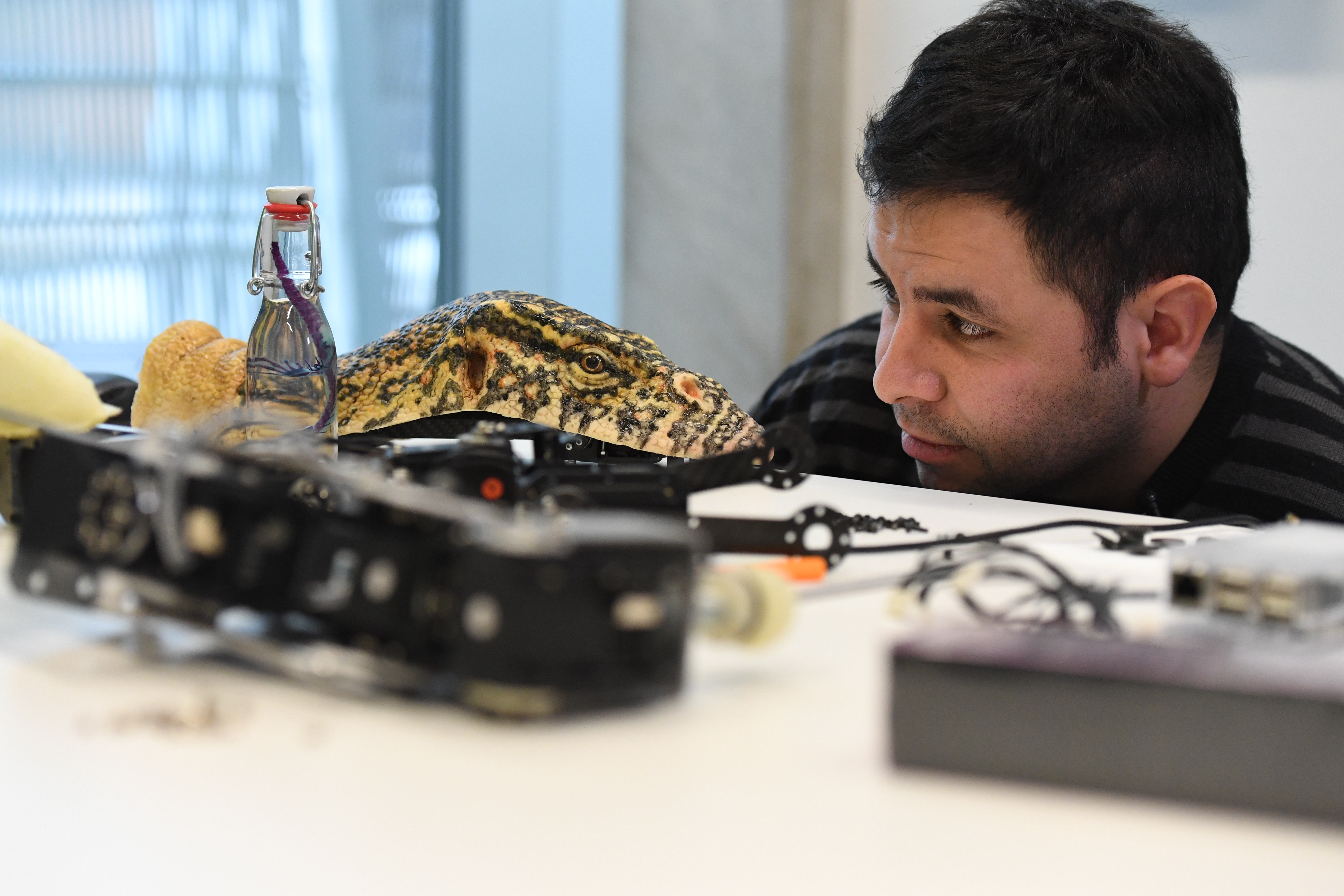 But the reptilian robots are much more than remote-controlled spies. For the EPFL roboticists, these robots provide a tool for studying animal locomotion and biomechanics in future research.

“We use a process called bio-informed robotics,” says scientist Kamilo Melo of EPFL’s Biorob Laboratory. He explains, “We study biology, gather information and data to inform robotic design, and then we use that design to gain understanding of the original biology.”

The design process involved studying the crocodiles and monitor lizards in order to reproduce the walking movement of these creatures. This involved imitating joints with motors, bones with aluminium and carbon fiber, and skin with a waterproof suit made out of latex. A mini-computer, wired to the 24 motors needed to make the reptiles move, could be remote-controlled as far as 500 meters away.

The reptilian robots serve a valuable role for another line of research of the Biorob lab: search and rescue. Robots may one day be deployed in emergency situations, like after an earthquake, in order to locate and possibly even rescue victims. The Ugandan terrain was perfect for testing the robustness of the robotic reptiles: Murchison Falls Natural Park was humid, muddy and dusty with temperatures reaching as high as 70 degrees Celsius inside of the latex skin.

“We encourage roboticists to take their robots out of the lab,” says EPFL scientist Tomislav Horvat, who worked alongside Melo throughout the reptilian adventure. “This will make them learn things that are hard to see in controlled environments and that will greatly improve their designs and software.”

This research was funded in part by NCCR Robotics.