EPFL researchers have developed a geothermal system for recovering the heat captured in basements, subway tunnels and underground parking garages. Their technology will compete today in the finals of ClimateLaunchPad – the world’s largest competition for green business ideas.

If you’ve ever taken the subway, you’ve probably noticed that the underground stations can be just as warm as the railcars. In the summer, the heat generated by people packed into unairconditioned cars spills out into the platforms, and in the winter, the railcar heating system ends up warming the tunnels, too. Margaux Peltier, a scientific assistant at EPFL’s Laboratory of Soil Mechanics (LMS), came up with an idea for recovering this excess heat with geothermal panels, and then using it to heat water in the summer or nearby buildings in the winter. Her invention was selected to represent Switzerland in the finals of the ClimateLaunchPad competition, which will be held in Amsterdam on 14–15 November.

Soon to be tested in a Lausanne parking garage

The geothermic panels were developed by Enerdrape, a startup that Peltier founded in 2018. They consist of layers of a heat-absorbing material and a system of tubes that run behind the panels and contain a heat transfer fluid. For the past year, Peltier has been enhancing the design of her panels through research conducted under the supervision of Lyesse Laloui at the LMS. “We were able to achieve yields of 70–100 Watts per square meter in our initial lab tests, which is excellent,” she says. Another benefit to her panels is that they appear to generate a fairly constant amount of energy, which makes them practical for real-world applications. The second prototype, built specifically for pilot runs, should be tested in a Lausanne parking garage soon. Because Peltier’s panels are modular, they can be installed on any type of wall configuration, including those found in parking garages, subway stations, train tunnels and more.

Competing against 50 other countries

The innovative geothermal panels were selected this past September as Switzerland’s entry in the international ClimateLaunchPad competition. The competition is held every year by EIT Climate-KIC, an EU organization that aims to spur the transition to a zero-carbon economy through a variety of targeted programs. At ClimateLaunchPad, some 140 research teams from 53 countries pitch their zero-carbon business ideas and take part in a series of workshops and talks on the green economy. In addition to boosting their visibility, the event finals – which include two phases of presentations – also give the budding entrepreneurs a chance to get valuable feedback on their ideas, receive advice on entrepreneurship and participate in the Startup Academy Incubator Program for one year. You can watch a live stream of this year’s event by clicking here. 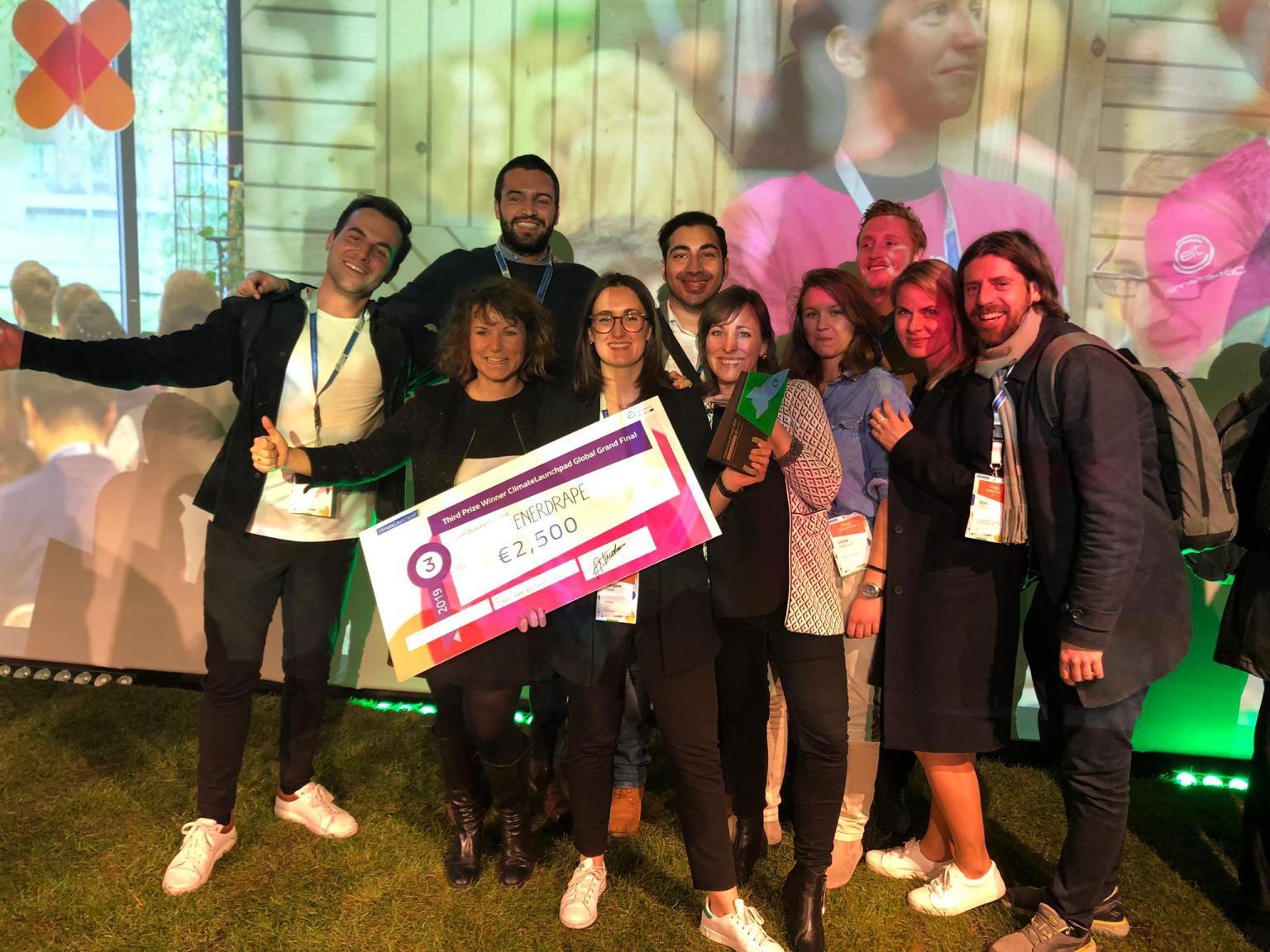 Enerdrape came third in the competition! The list of all winners
14.11.19