A cyber skin that feels

An artificial electronic skin connected to the nervous system – this is the challenge involved in the research that Professor Stéphanie Lacour has begun working on at EPFL. This scientist and researcher has been exploring the world of stretchable electronics for the last 10 years.

Skin has a protective role, while also acting as an interface with the external world. The thousands of nerve endings which run through it make the skin our most important sensorial organ. Pressure, temperature and pain are transmitted to the brain by receptors. Neurones, however, are there to communicate messages to the skin.

“It’s a complex organ that is difficult to reproduce, because the skin is both flexible and elastic”, explains Stéphanie Lacour. “For example, at the elbow, it can stretch by 10% to 20%. If we decided to develop an electronic glove, it would have to be able to support these significant and complex distortions.”

In the near future, seriously burned or injured persons, who have lost the use of a limb, could possibly benefit from a prosthesis which, linked to their nervous system, would restore lost sensations.

“EPFL is a dream location to work on this project as, on the same site, you have access to both state-of-the art techniques and experts in micro- and nano-fabrication, electronics, robotics, and also to bioengineering and life sciences.” There are multiple challenges: connecting the neurones to an electronic bio-extensible system, developing flexible components, and managing to integrate them into an elastic material capable of responding to biomechanical needs. 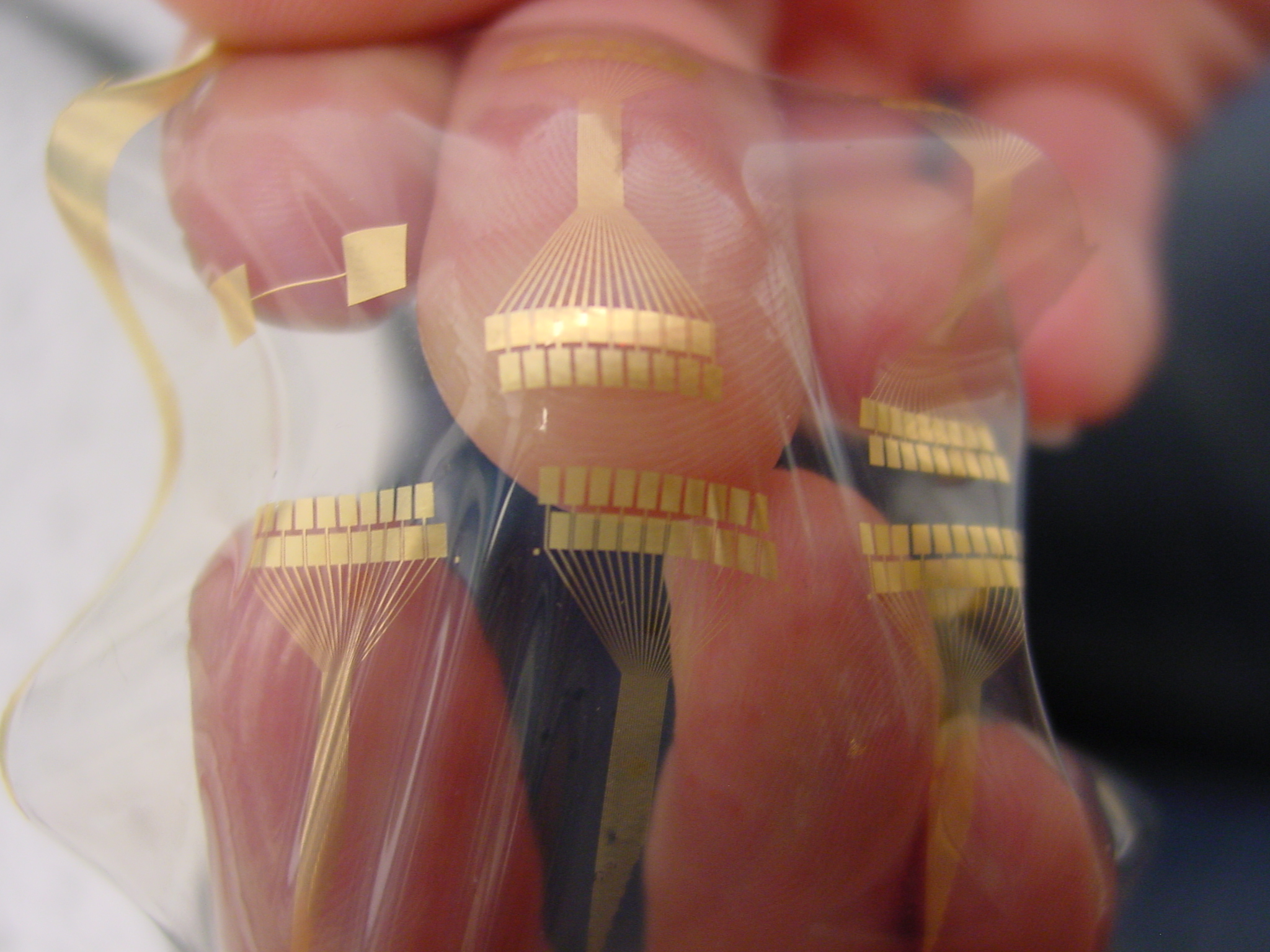 “We are interested in interfacing with the limb’s peripheral nervous system. We must be able to develop a network of implantable electrodes, capable of both monitoring and stimulating the neurones. Ideally, we should connect each individual neurone to one electrode, but in an arm there are thousands.”

Electronic skin is not only of interest to the medical world. Stéphanie Lacour is cooperating with Nokia on new applications such as completely supple mobile telephones that could be worn on the wrist and whose screen could be opened out as and when needed. A concept of an electronic device for the future called Morph, which combines transparency and flexibility, gives us an idea of what tomorrow’s mobility will look like.

This pioneering researcher in “stretchable electronic skin” has been granted prestigious awards, in particular the TR35 which rewards young innovators under the age of 35. She has just been awarded a grant from the European Research Council which will enable her to pursue the research for five years.